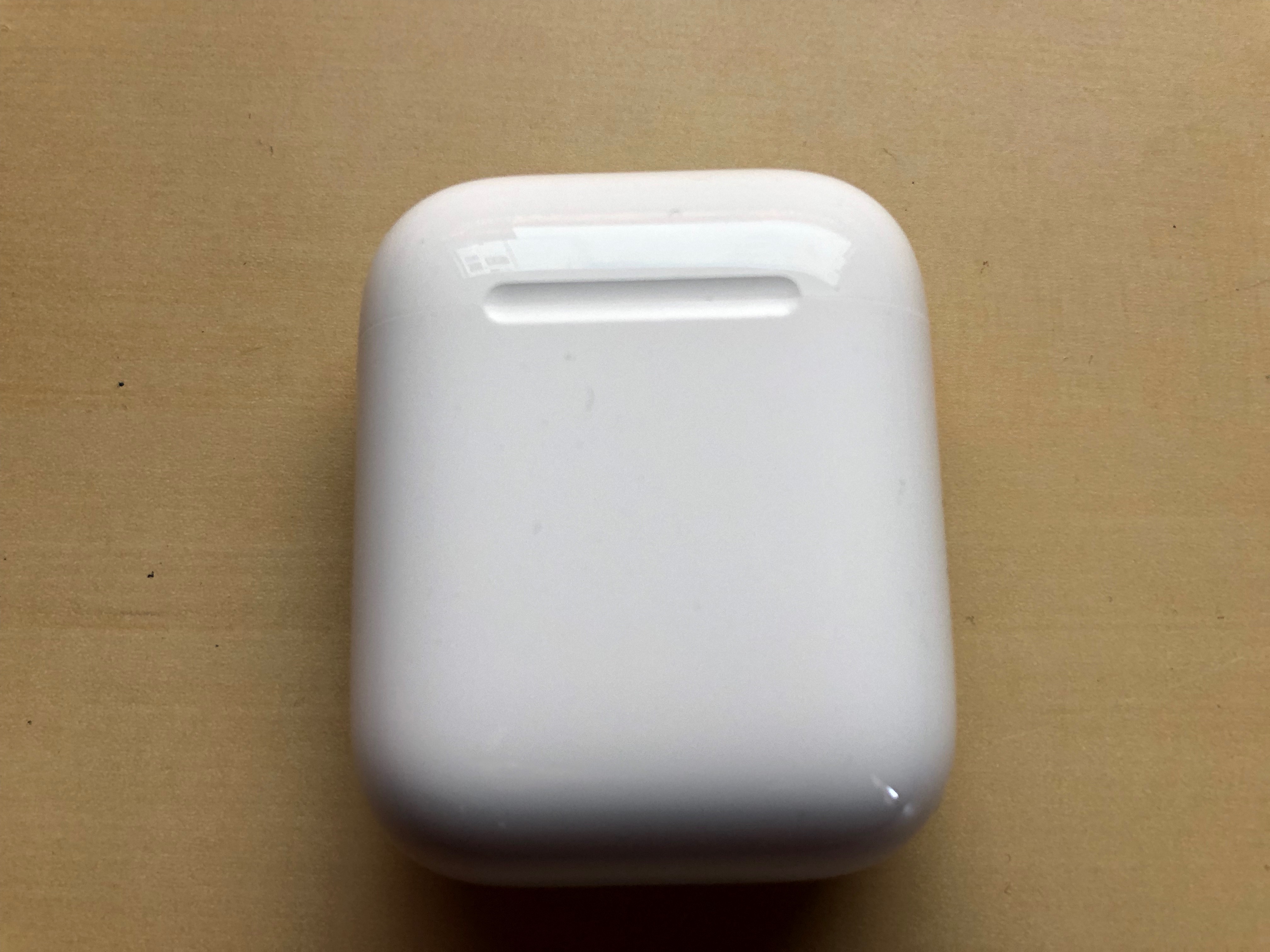 I am by no means a novice when it comes to technology. I would like to think that I take care of my technology, particularly since I have spent my hard earned money on them. However, it seems as though I do not have much luck with the AirPods, because I have had another incident with my AirPods. This is on top of the issue I had last April, where I dropped my AirPods into the toilet; case and all. I had another mishap with my AirPods. However, this time it is not nearly as bad.

A couple weeks ago I made an appointment at the Apple Store to get the right AirPod of my set replaced. I had been having issues with it for a while, but finally got around to making an appointment. The issue I had been having is that I could not hear anything unless I turned the AirPod approximately 45 degrees. This arrangement made it difficult to listen to something when you cannot hear anything. At my appointment, the right AirPod was replaced under warranty. One side effect of this is that the right AirPod now has significantly better battery life than the left; but that is an entirely different issue. Even with this, I have fun into another issue with my AirPods. This one, again, is self-inflicted.

So during my normal weekend routine of laundry, I changed pants so I could wash the ones that I was wearing. When I put the clothes in the dryer, I began hearing a "thump, thump, thump" like something was hitting the dryer drum. I initially looked and thought it might be the hoodie I had in there. So I removed the hoodie and started up the dryer again. Again, I heard the same thumping. I again took a much closer look and saw something I did not want to see. My AirPods case in the dryer. Luckily, I was wearing the actual AirPods at the time, so I knew they were alright.

What I thought I had done and normally do, but obviously did not do, was check to make sure that I did not leave anything in my pants before throwing the nto the washer. If I manage to leave a pair of nail clippers, change, or even a comb in my pocket there is typically no issue. However, forgetting something else could be a problem, and obviously it had become an issue.

When I had my incident last April, I ordered a pair from AT&T and they arrived in a couple of days. I also did something I normally would not do, at least with something so expensive, I bought a second pair. The second pair I ordered from Apple, and this was back when AirPods were taking six weeks to receive. The second pair had been sitting wrapped in their box since I received them. I had contemplated on returning them, but decided not to.

While I am writing this, I debated on what to do for the next course of action. Since I have the second pair of AirPods, it is not a problem for me to just use the case from the new pair of AirPods, with my older AirPods and wait out for the new AirPods case with wireless charging to be available. Once the new case is available, buy a wireless charging case, which I am going to end up doing anyway, and use the new case with the older AirPods.

I ultimately decided to just order a new AirPods case, since I did not like the idea of having two AirPods just sitting in one spot, which could easily get lost, as well as not knowing when the wireless charging cases will be released.

I initially thought about going to the Apple Store to get a replacement case. But after looking at my options for appointments, it would have taken over a week to get an appointment. I opted to use Chat support instead. Since I have no problem waiting a couple of days for a replacement to arrive. After working with Apple Chat Support for 25 minutes, they were having trouble generating a payment URL, so I could pay online. The options given to me were to wait for the email or get a call back. I opted for a call back. While I was waiting for a representative, I got an email indicating that my repair had been cancelled.

Once I was able to talk to a senior Apple Care member, they inquired about the repair case. I mentioned that I got the cancellation email. The representative determined that they were o setup a whole new repair, which they did, and they were able to get another case setup and properly generate the payment URL.

I had to go through the confirmation validating the information, agreeing to the terms, and everything else associated with it. When I looked amount, it was actually almost $12 more. Nearly $5 of this was for taxes, which is fine, but the other $7 is for shipping charges. I can understand the taxes, without any qualms, since I am being sold something, but the shipping charge seems a bit excessive, considering Apple is likely making a hefty margin, and typically everything over $50 comes with free shipping.

However, the shipping charges are not the thing that concerns me the most. When I went to pay for the replacement AirPods case, the only payment option provided was via card, there was no option to use Apple Pay. If it were any other retailer, I would not have thought twice about it, but this is Appel. To me, this seems like an oversight. You would think that Apple would want to implement Apple Pay in as many places as they could, but for some reason on the support site, they did not, which confounds me. I was still on the phone with the Apple Care senior support person and mentioned this to them. They were surprised as well. They also mentioned that they were going mention it as a spot to improve service.

I should be receiving my replacement AirPods case within a few days. I do have the one that went through the washer sitting in some rice, on the off chance that the case does decide to work again; but I am not betting on it; hence why I ordered the new case. Until my new AirPods case arrives, I will be using the replacement case with my older AirPods, and returning the second AirPods case to its rightful pair. That will be how I do things, that is until the wireless charging case come out, when everything will change again.